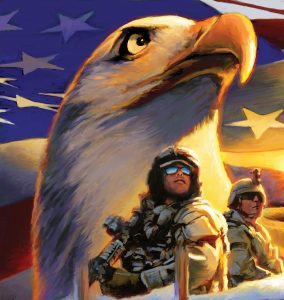 We strive to bring knowledge and hope which best describe our true purpose on life’s journey. In that pursuit, it is important to recognize those whose skills are making a difference. On a recent Sunday, Dr. John Fielder, of Highland Park United Methodist, gave a sermon that gave renewed focus and understanding. We are sharing some of that message with you. His sermon was titled “After the Deluge,” and it brought biblical- based ways which are useful for today’s men and women. John opened with the story of the Ark, and laid the foundation for his message. It was similar to the parables many may have read, in that what is first described is specifically to make you think deeper for how we, as God’s children, are meant to deal with each other and how to handle the “Storms” that life can throw at you.
“Why do

n’t we redefine flood, for our purposes this morning? “Take the word and say any circumstance, in which normally seems mundane, safe or normal, which suddenly rises up and becomes overwhelming in a way that threatens to wash us away, in a way that jeopardizes our very existence, in a way that causes panic and fear, in which we lose control over our situation.” He stressed that all of us face fear and hurt at one time or another, and we must carry close to our hearts, firm and resolute, true humility.
“You need to have a theology of suffering; just look to the cross. Yes a theology of glory is a wonderful thing, the euphony, the blessings, the Easter Resurrection. Don’t jump over Good Friday. Understand what it means to stand at the Cross and see Christ crucified, a Christ who in passion and pain said, “My God…My God, why have you forsaken me?” Even in a moment of weakness, accept what is going on and then know, hang on, know that God will sustain you, and know that at some point the rain will stop and the waters will subside. And when that happens, you’re called to be glad and prevent as best you can any further occurrences. Be glad, what a blessing, to see the bow in the sky, the rainbow, the covenant, to be reminded of a loving God, to be able to say we made it. We survived, I wasn’t sure we would, to watch the waters recede, to embrace God’s promise and God’s blessing, and ask yourself the question, “Why am I blessed anyway?”

“And then to know the answer. We already know it. You are blessed, to be a blessing. Now take the love of God and go out and share it.” As Dr. Fielder was reaching the end of his talk, he shared a vivid, breif recap of Ben Hogan’s life story. “When you think of Hogan’s story, I think it is worth sharing for a moment. He was born in Dublin, Texas, the son of a blacksmith. When he was 9 years old, his father was suffering from severe depression. As he was in a room with his father, his father took a pistol and shot himself right in front of his son. It was a devastating, traumatic event. That really shaped Hogan’s life for the rest of his days. He wasn’t one for idle conversation; he wasn’t outgoing; he really wasn’t all that friendly. Jimmy DeMerritt, who was another Texan, was talking to some other golf pros and they said, ‘I don’t like that Ben Hogan; he never even talks to me when we play.’ And DeMerritt said, ‘Well he talks to me all the time, when I play with him.’ The others said, ‘Really? What does he say?’ He says, ‘Your away.’ It’s all he had to say, ‘Your ball is away.’
Well Hogan had to support his family, so he walked 7 miles a day, as an 11 year old kid, to go to a country club in Rigeley, in Fort Worth, to caddy. He got paid 65 cents a round, to support his family. He decided he would take up this game of golf. He fell in love with it. There was only one problem – he wasn’t very good at it.
He had a friend name Byron Nelson, who was really good at it; he was a natural. Ben said, ‘I will never be able to be like Nelson.’ But he worked at it, he worked at it, an 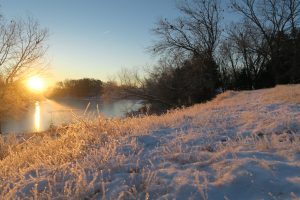 d he worked at it. He started to get really good. He fought a hook, which means the ball went left, it did not go straight. He fought that hook. He worked at it, and where other people would hit a bag of balls a day, Ben would hit a bag of balls with every club in his bag. Finally, he started getting really good, and then he got drafted for WWII. When he came back, he lost two years there, he started getting good again. He started winning tournaments. He was winning championships. All of a sudden his picture was on Time Magazine. Ben was on top of the golfing world.
Ben was playing a tournament out in Phoenix. He and his wife, Valerie, were making their way back to Fort Worth; they were making the drive, after staying the night in Van Horn, Texas. After waking up the next morning to continue their journey, they discovered a thick fog out there. He is driving at 25 miles an hour, and he saw through the fog two sets of headlights, side by side, on a two lane highway. What he did not know was there was a Greyhound bus that was passing a truck, unaware that he and his wife were approaching in their car. There was no place to go. There was no place to turn. He braced himself and in the last moments, he threw his body across his wife Valerie, to protect her from the oncoming collision.

In retrospect, it saved his life. The impact of the collision was such that it drove the motor through the dashboard, and the steering wheel went right through the cushion of the driver’s seat. He was spared death, but his pelvis was shattered. His ankle was broken; his legs were broken. He was taken to an emergency room. Word got out; it wasn’t true, but word got out to a golf tournament in Arizona, that Ben Hogan had died. It was a Pro Am tournament. Every pro on the golf course just quit in mid round and walked off the golf course in mourning, for Ben Hogan, Mr. Hogan.
But he was alive, and the doctor said, ‘I am not sure, but with a lot of rehab and a lot of luck and a lot of effort, I think he may be able to walk again. Not sure, maybe in a wheel chair for the rest ofhis life, but maybe, just maybe he can walk again.’ His wife, Valerie, said, ‘Nonsense, my husband will play golf again.’ Ben rehabbed for the next two years. Then in 1952, he was playing in the US Open in Pennsylvania, leading the tournament, but he no longer had the energy. He didn’t have the stamina that he had before. He was losing his energy, he was beginning to limp, losing his lead, he was on the 18th fairway. He had hit a poor drive and he took out a one iron…..(John interjected Lee Trevino’s motto regarding a one iron); ‘If your in a lighting storm, hold up a one iron, because not even God can hit a one iron.’ Hogan took out his one iron, mustered all his strength. He took a mighty swing, hitting the ball over two hundred yards, and putting it on the green. He made the par to enter a playoff, and won the playoff handily. One year later, in 1953, he won what they called the Hogan Slam, The Masters, The U.S. Open, The British Open and when he returned from England, they had a ticker tape parade for him down Wall Street. 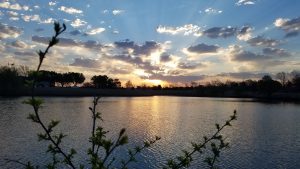 Such was the resolve of this man, to overcome adversity. Who after the Deluge, survived and lived his life and said, ‘I will not be beaten, I will embrace the gifts that God has given me.’ He was a man of faith; he was a Christian. He persevered until he succeeded.”
Dr. Fielder closed with this prayer..     “When I think I am going under, part the waters Lord. When I feel the waves around me, calm the sea. When I cry for help, O hear me Lord and hold out your hand and touch my life, and still the raging storm in me.”