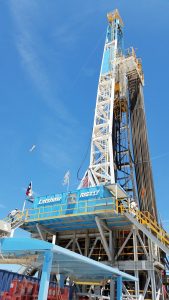 A brief glimpse into Texas history is fundamental if you seek to fully grasp the extraordinary legacy of Clayton Williams Energy. Only a few major independents have such deeply rooted Texas ranching and energy foundations combined with that “never give up” mentality which determines survival and success. The father of Clayton Jr., “Clayton Wheat Williams”, continued that destiny in 1895, after his father established life in West Texas in 1877. From humble beginnings in Fort Stockton, Texas, he went on to earn an electrical engineering degree at Texas A&M, back when stage coach and rail were the primary modes of transportation. Subsequent roles as a military officer, geologist, oilman, rancher, civic leader, historian, and philanthropist were accomplished through a strong and resilient union with Chicora Lee Graham. Clayton’s and Chicora’s marriage in 1928 was the pivotal foundation which sustained and inspired both of their children, Clayton Williams Jr. and Janet Williams. Today, 139 years later, Clayton Williams Jr.’s journey through tumultuous success and challenging hurdles has provided the firm guidance of hard earned experience that is required to build for the future. Clayton Jr. is another distinguished Alumnus of Texas A & M University. He graduated in 1954, and earned acclaim as a discoverer of new oil & gas fields, plus a broad spectrum of other businesses which included gas pipeline operations, ranching, real estate development, banking and telecommunications. Latshaw Drilling Company has been blessed with this opportunity to work for such a respected member of our country’s oil & gas exploration family. Without question, the same unending determination to succeed and push forward through challenges, has been provided by our founder, Trent Latshaw, another distinguished Texas A & M University Petroleum Engineering Graduate. Both Clayton Jr.’s and Trent’s talents of leadership created opportunities for many familie

s, who now propel our industry. Everyone involved is vital to our continued success and we extended our deep appreciation for the daily efforts.

We salute the Latshaw Crew Teams and leadership which continues to make Rig 17 one of the drilling industries best operations. Their work combined with tenured and experienced rig site supervision from Clayton Williams men have produced a winning combination. Shown in the main photo: (left to right) are Steve Culberson- CWEI, James Pond-Latshaw Rig Manager and Matt Fincher-CWEI on a recent Delaware Basin well south west of Pecos, Texas. It is worth mentioning that since this latest downturn hit full stride in September of 2014, Rig 17 crews have drilled over 300,000 feet of hole. A remarkable achievement in some of the most challenging times our industry has faced. Thank you for a job well done.